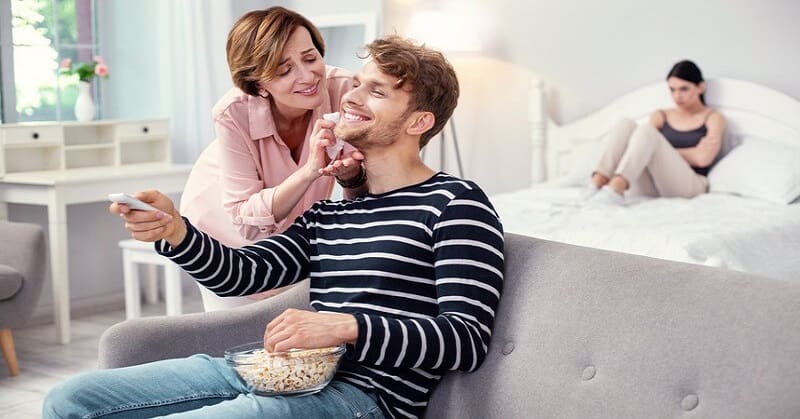 I am Karandeep Singh, a 28-year-old housewife and a teacher in a pre-primary school. I have been married since 3 years to Vijay – an executive in a multinational company. I am extremely disgusted with my husband and his family. I have come from another city and hence I do not know many people here except for a cousin and one friend. Henceforth I am extremely dependent on my husband and his family for all kinds of support ranging from financial, domestic to social and medical. I have found that my husband and my in-laws gang up against me. When I come from my work, I find that they are all talking about things, giving me suspicious glances and then clamming up. My husband will keep on listening to my mother-in-law and not give me any importance at all. My mother-in-law keeps on interfering in all our matters right to the fact that she would decide as to what soap we should use and what clothes I should buy. For my husband, her word is a command and he will ensure that her wishes are carried out even if both of us have agreed to the contrary before her interference. My mother-in-law is extremely demanding and even her relationship with her husband is very stormy. My father-in-law is a mute spectator to everything that is happening in the house. He does offer his opinion, which is of course a trifle more balanced, but only when my mother-in-law is not around. I feel very abandoned here. I am considering separation, but is that the only option left for me. Please advise.

Yes, Karandeep, you have married a “MAMA’s BOY”. There are many families in our country, where 30 year olds are still behaving as if they were 7-8 years old. It is obvious that your place in the house is like a dustbin for your mother-in-law. It often happens that when the relationship between the husband and wife (in your case, the relationship between your in-laws) is not very good, either spouse may take on the child of the opposite sex as a substitute spouse. It has often been known that if the relationship is stormy, then the father may actually have a very seductive and supportive relationship with the daughter and the mother may encourage the son to be her support and her protector in this world. Due to this the young male will start believing that it is their duty not to go against the mother. The young male will feel that if it paid more attention to their own spouse when they married, the mother would feel abandoned just like the father had abandoned her. She will not be able to take this abandonment. The young male is also terrified (because it is aware of the mother’s lack of tolerance) from its own experience that the mother will turn against him and his wife just as she turned away from the father to the son. This will make him very vulnerable and he decides to live his life in submission to his mother and her wishes for the fear of offending her. This is a person who has fewer friends – those who are approved by his mother. His studies, his choice of a career and his hobbies and interests are all vetted by his mother. He would not be able to form an independent choice at all in life. This person grows up in life always expecting an intrusion from the mother. When he marries, he is faced with two choices. Firstly, he can change his affections from his mother to his wife gradually, he can decide to give appropriate attention to both of them. However, this is very difficult for him as he can never visualize a scenario where his mother is not supreme. He has submitted even his desires to her. The second choice is that he also starts expecting that his wife also follows the same submission as he has does. This will minimize the conflict within his mind about whom to support. So he tries to bully his wife into accepting his mother’s dictums or tries to justify her commands as very intelligent and practical solutions. Due to this, you may faced with conflicts yourself. On one hand, you know your husband’s vulnerability and on the other hand you do not agree with your mother-in-law’s queenly attitude. This makes you feel extremely disgusted with the situation.

Work and its problems

Som Patel is a 28-year-old science graduate. He finished his bachelor degree 8 years ago.…

My girlfriend Priya is studying in the final year of commerce. I feel that she…