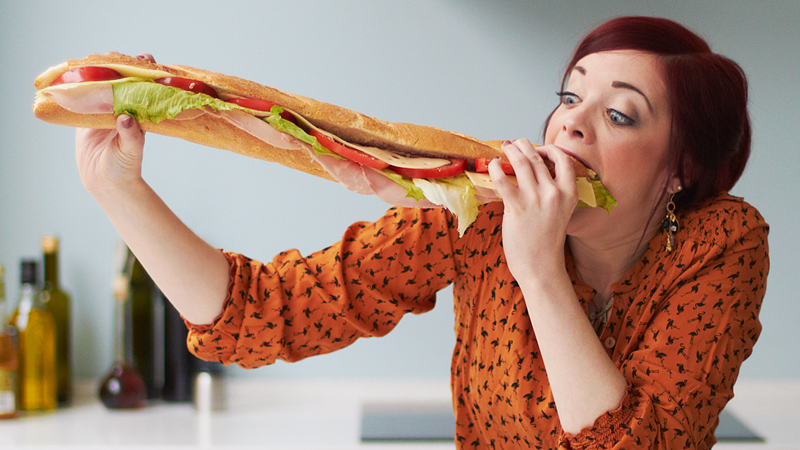 I am Dhruti Sharma, a 36-year-old chartered accountant. I am 5’2” and weigh about 87 kg. I have been obese right from birth. Initially it was not very apparent but around my adolescence, I began to notice it much more. I have tried various methods to lose weight with moderate success. I have gone to slimming centers and tried out their various machines. They succeeded temporarily – I managed to lose 5 and 10 kg body weight through their programmes but again regained the weight in 6-7 months. I have gone to various dieticians and again have had moderate success albeit at a tremendous price of having a very watered down social life. I tend to overeat in most situations. I am never able to notice that. It is a packet of chips here and a gulab jamun there which while looking very innocent and attractive have contributed to my inability to lose weight. I consider myself to be quite a strong-willed person and am quite successful in my business and my work. However, I am unable to understand as to why inspite of being so motivated, I am unable to lose weight. Do I have to accept that this state of affairs will always remain and that I will have to content with the fact that I may never be able to achieve a weight appropriate for my height and age? I want to understand the mechanism behind obesity and why some people are successful in this endeavor and why I am not.

The answers to why we overeat are 1) food in our country is relatively abundant and easily available; 2) the food industry tempts us with many high-calorie, attractively packaged, well-advertised snacks and drinks; 3) eating and drinking are part of many of our social rituals and 4) many of us are in sedentary jobs which do not give us enough exercise to burn up the excess calories we are consuming. Some people are also more disposed to fat than others. Research has shown that the eating of obese people is not under the same sort of control as that of people whose weight is normal. People of normal weight were found to eat in response to internal cues related to the nutrient levels in their blood – chiefly glucose levels. Thus the eating behaviour of these people was controlled by physiological or internal factors. Obese people, on the other hand, were found to be more influenced by external factors such as the time of the day, the amount and quality of food available, and food relevant cues – the sight, smell, taste and even the mention of food. Another idea about the cause of obesity concerns individual differences in the set point for food intake and weight regulation. People defend or tend to maintain certain body weight. Thus if a person has been starved and has lost weight, he or she will regain weight to a set point when food becomes available. And a person who has been induced to overeat will return to a characteristic weight. Obese people are said to defend a higher set point than individuals of normal weight. But, what sets the point higher in the obese is unclear, although genetics are supposed to be involved. Cells that store fat – the fat cells seem to play a role in obesity. Perhaps due to genetic factors, they seem to have more fat cells than others and seem to convert more of their nutrients to fat. While fat people can reduce, maintaining the weight reduction is often very difficult for them. The physiology of metabolism works against the fat person in several ways. As the obese person stores more and more fat, the fat cells increase their ability to store fat, in other words, fatness begets fatness. Thus, even though an obese person has managed to reduce, the active fat cells are waiting to store fat when the person relaxes his or her diet a little. Furthermore, as weight is lost, metabolism slows down and the body therefore needs less fuel. Because of the lower metabolic rate after dieting, people with a tendency towards obesity must maintain lowered caloric intake in order to stay thin; their excess nutrients will not be burned off efficiently and will be stored instead as fat. On the brighter side, exercise increases the metabolic rate. So to keep trim, the obese person who has successfully slimmed down must exercise regularly while counting calories carefully – easier said than done.

I am Saurin Pandya, a 31-year-old assistant administrative manager in a pharmaceutical company. I am…