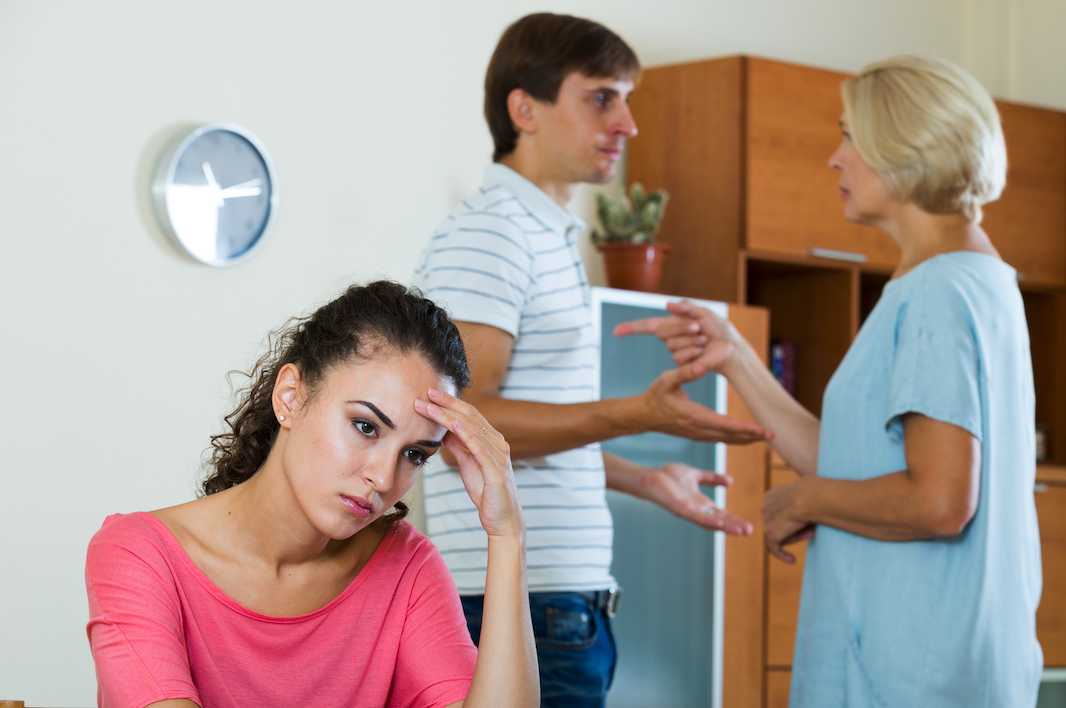 I am Dipesh Shah, a 27-year-old architect. I am married to Charul, a 25 year old interior designer. We had a love marriage after a courtship of 2 years. We had met in college and although ours is an intercaste marriage, we never had problems with each other. However, since the last 6 months, problems have started to surface between the two of us on trivial issues. I know that although I have not told Charul, my problem has started with the attitude of her parents. I have been disillusioned with them right from the outset of our marriage. Today it has reached such proportions that I do not look forward to meeting them or going to their place. I avoid all her relatives and do not go to any functions. This has upset Charul a lot but I am unable to explain my anger at her parents. I know this is a small issue but it is ruining my marriage. I do not know why I am so angry. It is not that I am desirous of anything from them, still I feel enraged. Please advise.

Traditionally, the jokes around the in-laws are the forte of the daughter-in-law who is supposed to be harassed and troubled by the husband’s parents. However, the relationship between the son-in-law and the wife’s parents is equally tenacious sometimes. Fundamentally the son-in-law has a fantasy of in-laws who are omnipotent. Every person is disappointed with his parents at some level and therefore harbours a fantasy of in-laws who are able to fulfill that fantasy. So he hopes that he will be treated like a prince as he was in his infancy. Initial that may take place too as the son-in-law is revered. The son-in-law expects that he will be able to recapture the attention of the replacement parental figures and that is going to be a redepemption for the disappointment with his own parents. The second factor is that the in-laws are often a vehicle for all the emotions which are not being expressed with the parents. It is possible that there might be a lot of aggression and anger that you might be feeling towards your parents which you have unable to express. You might be taking this opportunity to express anger towards the alternative parents. This will help you to get over the anger at your own parents without either fearing them or feeling guilty over them. You might be doing this entire process unintentionally and unconsciously of course. It is also possible that your in-laws might also be doing things that may be irritating, but that is besides the point. Even though their actions disappoint, they are only activating a focus within you which was a dormant and unhealed wound. The other factor is that this anger might also be to hide your dependencies on this fantasy of omnipotent figures and to hide your own deficiencies in being able to lead life in this world with an acceptance of the difficulties it presents. If you had been independent and capable of fulfilling your own wishes and desires, you would not be so angry on your in-laws (or for that matter on any body else too).

Firstly, you will have to look at your image of your parents and your in-laws. If you feel that there are some points about your own parents which you are finding unacceptable and which you need to resolve with them, then address those issues first. Secondly you will have to look at your own desires and wishes and start making an effort to fufill them by your own efforts. Thirdly, you will have to start looking at your wife Charul as an individual who has her world besides just the care of you and your family. If you are able to look at the hurt she feels when you ignore or avoid her family, it would probably help you to overcome your anger for the love you have for her. Lastly, you might want to try and approach your in-laws and interact more with them. This will help you dilute the anger that you have towards them and also give you more realistic events and knowledge about the kind of people they are. This will surely help you to accept them as individuals different from the fantasy that you are having. If there are more interactions around positive events like marriages and celebrations, where there is more of humor and gaity, it will help you to get more happy and pleased.

My son Abhishek, 14 years old had taken an IQ test in his school. He…

My son Valmik, 7 years old, studies in the 2nd standard in an English medium…