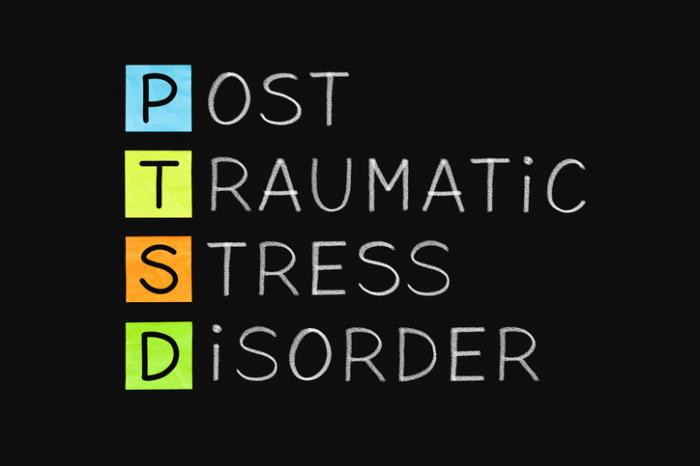 I am Rekha Duggal, a 35-year-old housewife. My husband Mukesh has a shoe-shop on C.G. road. During the recent riots in Ahmedabad, his shop got looted and burned. He had gone just to pick up the important documents. He had opened up the shop just for 15 minutes when a mob attacked the complex and ransacked our shop. He has suffered physical injuries and burns on the hands and legs. The problem has been compounded by the fact that there was quite some stock, which had not been accounted for in the register and will probably not be covered by the insurance company. My husband has gone into a state of shock as we will probably suffer a loss of 5-7 lacs rupees in this event. What are the possible effects that will occur to him when the magnitude of the loss hits him? Please advice regarding this.

First, Rekha let me extend my sympathies to you for being affected in this riots. It is indeed, very upsetting not only for your family but also for all those who have been affected in these riots through the loss of life or material. The first response to such a drastic event would be shock. This may last for a few weeks. It is usually followed by turmoil of emotions as time goes on. The turmoil often engages emotions such as anger or rage, fear or terror, confusion and frustration, guilt and self-blame and grief over the loss suffered because of the riots. The emotional reaction can be exhausting. It can put him on a roller coaster of extremes. At one time, he may be besieged with emotion and at another time, he may simply feel a void or nothingness. In defense, he may constrict the range of his emotional reactions to life events, warding off pleasure and pain equally. He faces to risk of facing a lifetime of debilitating stress reactions because of the trauma. There may be the development of severe phobias, clinical depression and so forth. His personality may change and become over controlling and rigid. In the case of Mukesh, the trauma was preceded by a period of warning when the Ahmedabad Bandh was announced, so there is a greater possibility of guilt and self-blame because he failed to heed the warning. At this time, there will be an inventory of the damage. A feeling that he made a mistake in opening up his shop even if for a short while can lead to guilt and blame. The addition of looting can add to his frustration, anger and loss of faith or trust in humanity. It can create outrage at human cruelty and at the reckless disregard of human life and resources. Mukesh might have concerns about the destruction of the shop and bodily disfigurement caused by the injuries and burns. A fear of fire (even to the extent of matchsticks and fuel like petrol and kerosene) may develop. He may have memories of the smell of burning wood or flesh. He may become preoccupied with thoughts of damnation. The smell may remain with him for weeks or months if he continues to run the shop. Another factor for Mukesh is that he may be caught up for quite a while in the legal process involved in the insurance. This may continue the aftermath of the event and participation in the system may lead to stress reactions. One of the most important issues is the fear of the riots and looting occurring again. The greater the perceived chance of recurrence, the more likely it is that he will suffer fear as a dominant emotion in the emotional turmoil. Anger is the dominant emotion if it seems that the riots will not occur again. The most important factor, however, is the extent of control over the impact of the disaster on Mukesh and his family’s lives and futures. He is confronted with the chaos of destruction, chaos of the rescue response and the chaos of lost and interrupted time. The need to reestablish a sense of control is critical to the efforts to reconstruct his life again.

What can you do?

Having understood your husband’s plight there are a few responses that you can try. Firstly, give him an opportunity to express his feelings and reactions – ventilate and validate those reactions. He may feel as though hi is going crazy when he feels the intensity of the emotional turmoil. It is important to help him identify the often-competing emotions that make up the turmoil and to give those emotions concrete descriptions and names. Let him know that such reactions are legitimate. Some emotions are overwhelming, in part, because they are perceived as socially unacceptable – for e.g. hatred and desire for revenge. Those desires are common and he should be assured that is normal to have such a reaction but not act it out. Plan activities that help him prepare for the practical and emotional future and this contributes to a sense of control. Encourage him to take one day at a time. Plan routines for dealing with each day and schedule small goals for achievement. Ask him to identify the three most critical problems facing him at the immediate time and then assist him in thinking through what he can or cannot do to address them. Identify a temporary answer to long-term problems. Encourage him to eat, sleep and exercise regularly. Physical exhaustion precipitates emotional exhaustion and further crisis. In this way, you can respond to your husband and your family’s crisis and help them. You are a very bold woman to able to deal with this in such a strong manner. Remember, you can reconstruct a new life, one that forever carries painful memories of your losses, but one into which you can build new hope, pride and gratification.

I am Ritika, a 23 year-old management graduate. I am engaged to marry Rohit, a…

Last week we saw the dilemma that Paritosh was facing. He has to develop an…