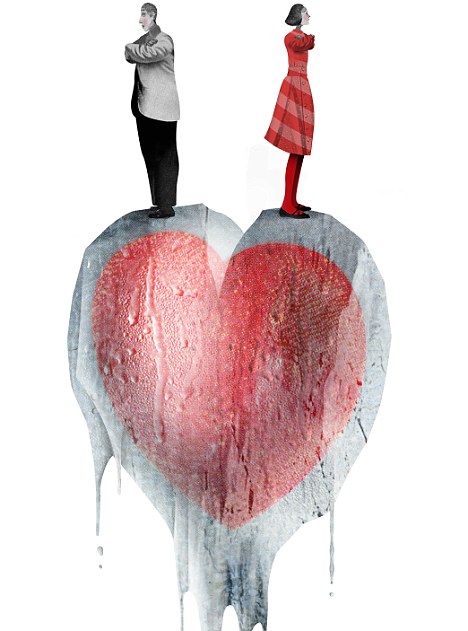 I am Vishwa, a 24 year old fashion designer, engaged to be married to Ayush, 27 years old, a employee in a multinational bank. We have been together since about 5 months now and I am beginning to doubt the wisdom of my choice of my partner. Although, Ayush is intelligent, thoughtful and successful in his work, he is emotionally flat, completely unresponsive to any show of emotion. He can speak brilliantly of commerce and finances, but in the matters of emotion, he is very cold. He says that he can not identify his feelings, either positive or negative. Due to this attitude, I am unable to know his likes and dislikes. He will respond to every event by a smile, I have even tried to irritate him in order to enrage him, but he just cuts himself off. Due to this, I find myself on the verge of hysterical heightened emotionality all the while. How can I help him? Please advise.

Ayush suffers from emotional blandness. He has trouble discriminating among emotions – his as well as others. He has very limited emotional vocabulary. When you move him to feeling, he may find the experience completely baffling and overwhelming, something to avoid at all costs. He can narrate the most tragic events of his life with complete dispassion, as though he were an onlooker to his losses and failures – without a note of regret or sadness, frustration or anger at life’s unfairness. Feelings have a crucial role in navigating the endless stream of life’s personal decisions. While strong feelings can create havoc in reasoning, the lack of awareness of feeling can also be ruinous, especially in weighing the decisions on which our destiny largely depends: what career to pursue, whether to stay with a secure job or switch to one that is riskier but more interesting, whom to date or marry, where to live and on and on through life. Such decisions cannot be made well through sheer rationality, they require gut feeling and emotional wisdom gathered through past experiences. Formal logic alone can never work as the basis for deciding whom to marry or trust as these are realms where reason without feeling is blind.

What you can do.

Ayush has to be helped in becoming self-aware of his emotions. All actions are guided by emotions. Emotions that simmer beneath the threshold of awareness can have a powerful impact on how we perceive and react, even though we have no idea they are at work. He may be oblivious to his actions as a result of his emotions and will be surprised if you call attention to it. But once the reactions are brought into awareness and register, he will be able to evaluate things anew. You may have to help him break down all his actions in the context of the variety of emotions that they denote. It often happens that people who have had traumas earlier in childhood have learnt to numb their emotions in order to avoid the pain of these feelings. This creates a sense of being cut off from life. At the time of the trauma, the short-term advantages, however, becoming lasting problems when the brain adapts and changes. A catharsis of the events may help him acknowledge the feelings then and mourn over them. Another reason for this coldness is care by parents who themselves suffer from emotional coldness, either due to trauma, depression, schizophrenia or other mental disorder. Due to the sloppy care and pain in the vulnerable period of childhood, these children learn how to mask emotions and take life at a very logical and rational level. The more ordinary travails of childhood such as being ignored all the time, deprived of attention or tenderness by one’s parents leave the imprints on the emotions.  They may need continuous care and love in order to evoke the emotions. The other intervention for Ayush would be to expose him to as many emotional events as possible in the form of movies, plays, books and interactions with people. He has to learn to identify emotions in others also before he can do so in himself. This process is called as emotional learning. As for you Vishwa, you are feeling heightened emotionality due to the absence of this in your partner. You must model for him the emotions yourself. The problem is not in your court, so do not worry. You must have patience and be able to handle his emotions when they come out.

My husband, Sukant Bhattacharya, 34 years old, MBA, works as a marketing executive for a…

I am Raviraj Shah, a 40-year-old businessman. My work takes me to various parts of…

Marriages are made in heaven and lived in hell. Vikram, a 30 year old pharmaceutical…