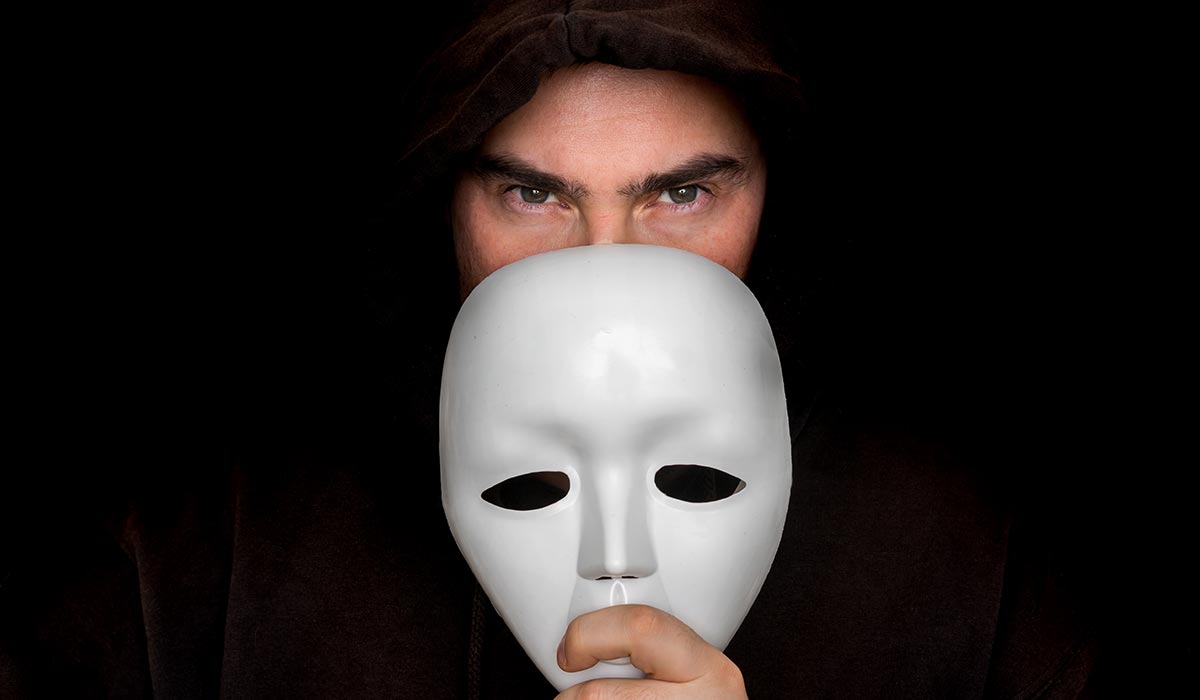 Sahil, a 29 year old businessman, lives with his wife and child in a posh locality of Ahmedabad. He gets on fantastically well with his neighbours, with his business clients and with his acquaintances. On 10th October, 2001, the family is in a multiplex watching the Govinda starrer “Kyonki main jhooth nahin bolta” – an Indianized version of the Hollywood hit “Liar Liar”. At that time, Sahil’s wife is looking at him feeling that even her husband is also the same. What he exhibits is not the true nature of Sahil. On the inside, he is quite a different person, very rude, selfish and lost in himself. She feels at a loss to understand why Sahil has to put on a show for the whole world.

Sahil is one of the many who are wearing a mask for the world. It is not only one mask but many – one for each occasion and none of which is Sahil himself. This is to fool the world. Pretence comes as a second nature to him. He gives the impression that he is secure, all is sunny and unruffled with him, he is confident and cool and in command of everything that he is doing. He needs no one. But that is not the truth. Even though the surface is a mask, beneath that ever-varying and ever concealing mask there is no coolnes but confusion, fear and loneliness. He hides it, he does not want anyone to know it. He panics at the thought of his weakness being exposed. That is why, he frantically creates a mask to hide behind, a nonchalant sophisticated façade to help him pretend. However, his wife knows that the mask is not the truth. This is where Sahil gets angry, even though he knows that increasing his interactions with her only can help him get over this pretence and overcome the psychological barriers that he has created. However, he is afraid to admit and try this also. The fear is that such an exposure will not be followed by love and acceptance. He is afraid that his wife will think less of him, she will laugh and mock at him. He fears that deep down he may be nothing and that she will see him as no good and reject him. So he is forced to play games – his desparate pretending games – with the façade of assurance on the outside and a  tremble inside. This begins the parade of masks, the glittering but empty parade of masks and so his life becomes a front. He idly chatters with the suave tones of surface talk. He tells everything that is really nothing – nothing of what is crying within him. But she is not fooled by what Sahil is saying. Instead she is listening carefully to hear what Sahil is not saying – to what he would like to be able to say – what he would want to say but cannot say. He also dislikes the superficial phony games he is playing and would want to be genuine. Sahil has probably taken on a mask of being right all the time. He takes offence when he is hurt. Because he is unable to control his anger, he becomes very wounding, intimidating, threatening and overpowering; this makes others lose their bearings. Sahil is prone to this because there is very little personal security.

You have to help Sahil to be genuine and spontaneous. Without help he will only continue his phony behaviour. You have to help him by holding out his hand, even when that is the last thing that he may seem to want or need. Each time you are kind and gentle and encouraging, each time you try to understand he will see your care. With your sensitivity and sympathy and your power of understanding he can make it. You have to breathe life into him. It is not going to be easy for you, because Sahil has built very strong walls around him. But love is stronger than walls and therein lies both your hope and his salvation too. All people are very, very tender and sensitive. They have learned to protect themselves from this level of vulnerability by adopting a cover, a pose and a posture – a safe mask. However, unconditional love, kindness and courtesy often can penetrate these exteriors. They will learn how to respond. Therefore, it is very important to create a loving, nurturing environment in the home – an environment where Sahil finds it safe to be vulnerable, to be open. Here he will learn to abandon his feelings of loneliness and become accepting of himself. He his probably shouting at home because he feels that he is never understood. What he is basically yelling is because of his perception of not being cared for. He is gasping for psychological air. His yelling is very emotionally charged and so disrespectful that it creates defensiveness in all of you – you respond with anger – he feels vindictive and the cycle feeds on itself. As the interaction continues, the anger deepens and increases and he feels that he is not getting his point across at all. The relationship is wounded, and it takes far more time and effort now to deal with the mask that has come in place. It is very important to process negative experiences that have made him like this – to talk them through, resolve them and relieve him. You can listen to him as to how he saw the event and felt it. If you model vulnerability, you can help him become vulnerable himself. You minimize the psychological scarring and clear the path to social bonding. This breeds inside Sahil, a feeling of unconditional love and nurture and he can liberate himself from his self-built walls through the warm, caring, supportive and encouraging environment.

I am Ami Kameshwari, a 23 year old from Jaipur. I got married to Neil…

Sonali, 26 years old, is sitting in her deluxe room at the Vrundavan Nursing Home.…