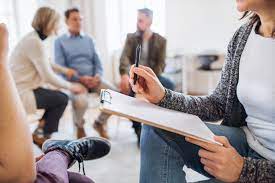 I am Vinit Parikh, a 26-year-old MBA student. I was advised to undergo a couple of psychological tests regarding my aptitude and personality when I had gone for my training in a corporate office. I was quite surprised by the tests. I do not know whether they will be accurate and reflect my true nature. How can one rely on these tests to know the true abilities? My nephew Shirish who is 12 years old and studying in the 7th standard was advised to undergo a scholastic aptitude test and interest test. Please explain the nature of psychological tests and their importance in our life and decision making.

Some of the most interesting things about people cannot be seen easily by a casual observer. Attitudes, personality characteristics and abilities cannot be viewed directly. What we can do, however, is observe people’s behaviour in a systematic way and make inferences about the underlying attributes that stimulate behaviour. Psychological tests help us do those things. A psychological test is a structured technique used to generate a carefully selected sample of behaviour. This sample behaviour is used, in turn to make inferences about the psychological attributes of the people who have tested – attributes like intelligence, self-esteem and so forth. Tests come in many different forms. Some involve open-ended situations with standard stimuli like a set of pictures – these are used to bring out highly individualistic responses. Other tests involve very structured situations in which the range of possible responses is narrow and the answers are either right or wrong. Tests are not magical or even very mysterious. They are merely standard ways of generating samples of people’s behaviour. However, the assessments of these behaviour samples are considerably more informative than are assessments based on random observations of someone’s behaviour. The tests are uniform, objective and interpretable. The procedures are specified precisely so that different testers will follow the same steps every time they administer the tests. This means that the test performance of different people or of the same person tested at different times can be compared directly. The subjective input of the individual tester is minimized and the potential impact of personal biases on test scores is kept under control. A good test is highly reliable – meaning that it will give similar results even though different testers administer it, different people score it and if the same person takes the test at two or more different times. A second key characteristic is validity – the test must really measure what it has been designed to measure. In addition, there are norms for comparison. The use of these tests is in practical day to day life like decisions about employment and admission to certain educational programs. Even then these tests are only used as one part of the decision making process. The most informed decisions about people tend to be those involving a healthy mix of information. Test data should be combined with information about a person’s background, interests, and past performance in order to flesh out the picture of the individual in ways that the test scores alone could never do. The result can be informed decision making that is aided but not dominated by testing. Test scores at the upper end of the scale may call attention to particularly competent individuals who might otherwise have been overlooked. Often these are the people who do not score well on achievement tests but who have aptitude that is waiting to be tapped. Tests are used in the situations where there are more applicants than the positions available and after the real-life input of past experience, recommendations of others, personal interviews have been exhausted, there still remains an oversupply of qualified applicants, then the test results are used to blend the information used to make the final decision. Sometimes cut off scores on some tests are used to meet the minimum standard. This happens because it has been found that applicants scoring below the cutoff have a higher risk of failure than the organization is prepared to accept. Tests can also be used to help make decisions about commitments or to evaluate people for mental disorders if they are behaving strangely or if they seem disturbed. People have questioned whether it is reasonable and fair to let so many crucial decisions be influenced by psychological tests.  The answers to this important question depends partly on the tests themselves – their strengths and their limitations.

I am Dharmesh Pathak, a 18 year old student of a diploma in electrical engineering…

My son, Parag is 16 years old. Since the last six months, he appears to…