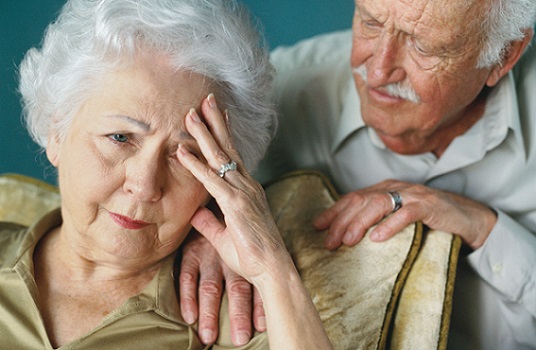 My father, Narayan Rao Kelkar, 65 years old is a retired bank manager. He was very good in his work and known for his sharpness. I have noticed that since the last year, one year after his retirement, he is not as sharp as before and has become slowed down. He forgets things easily, is physically slowed down in his walk and work and has become more dependent and reliant on others than before. He himself does not realize this. I think that age is catching up on him but I would like to know why this is happening to him.

Narayan Rao is probably going through the changes of aging. A lot of psychological changes take place in the mind and brain at all times and so in old age. Due to society’s attempts to eradicate disease, reduce infant mortality and improve standards of living have resulted in longer life spans and today elderly people are more in number than before. One has to be aware of the changes taking place in this age. There is an increased risk of physical illness, personal loss and thought processes impairment. It may be a surprise, but most elderly people have a high level of life satisfaction, cope well with challenges presented to them in late life and demonstrate considerable resilience in the face of losses. They experience fewer negative emotions such as sadness, anger and fear but more positive emotions such as happiness than young people. They also have a greater sense of emotional control over negative internal emotions. Social support is a key factor in the well being of elderly people. It buffers stress and individuals with strong social ties have better outcome than those who are isolated and who perceive that support is unavailable or unhelpful; in spite of the fact that elderly people have less social network than young ones or in their young age. This happens due to a disengagement process because a person withdraws from the society because of aging and because of a more inward focus. There is some involuntary reduction due to disability and reduced mobility than preference. There is socioemotional selectivity – while overall social contacts decrease, social contacts with close friends and family remains stable and their satisfaction with them remains. They become adept at investing the reducing resources in maintaining the close relationships rather than acquaintances. Children and distant relatives provide most social contact. When you view the life of your father, you wonder how he is able to maintain self-esteem and joy of living in the face of deteriorating health and memory.  There are a lot of changes in the thought processes also. The attention process may decrease. Their ability to divide attention over many tasks dwindles. There is little effect on the concentration over information over a sustained period of time and the ability to shift attention from one task to another. In speech, spontaneous language may become less precise and more repetitious. Their ability to retrieve names also decreases. Their speed in doing visioconstructive things also decreases and planning and strategy functions may reduce and this has an effect on problem solving abilities. Memory is the most affected due to age. The ability to recall information after a time delay is more strongly affected. Abstract reasoning may also be affected. What can be summarized is that crystallized intelligence – the abilities and information learnt through exposure to education and life experience remains stable or even increases in old age, while, fluid intelligence – abilities involved in novel problem solving which depends on the integrity of brain function declines. The people who have a manifestation of these processes generally have physical decline also. It has been difficult at the present moment to draw a line between what is normal aging process and what is a diseased state.

There are a lot of innovative methods to counter the effects of aging, if not in turning them back. These people require more repetition and explanation of material for the compensation of memory processes. They may need more novel and highly abstract material for stimulation. Information recall may be aided with more frequent cueing. Use of humor to tide over situations can help him more. You can also use distraction and positive reappraisal, direct action, confrontation and information seeking for coping strategies. Most of the strategies should be directed towards reducing emotional distress rather than problem solving. This approach is more effective as there may be some circumstances, which may be unchangeable, and emotional distress may be the only option. The effectiveness of a coping strategy is defined by its outcome usually measured by distress or depression. If these strategies fail, it can give rise to depression and a sense of failure. You might have to address the issue of role transitions here also. Retirement is a social crisis and many may be dissatisfied with retirement especially if they have been in good health. You might have to help him set future goals and adjust to the change. This is important for the state of the mind also because stagnation can cause further deterioration of the mental functions and can mislead one to mistake depression as the normative effects of aging. The other issue of having lived his life in a good stead and that now there is a limitation to what he can achieve also needs to be addressed. You might also want to get an opinion on the possibility of him suffering from dementia. The early symptoms of dementia also represent minor changes in memory and loss of sharpness. We will look into dementia in the next week and what possible changes one can implement to make life smoother as dementia is an irreversible disorder.

The importance of cooperation in marriage

Rahul is a 30 year-old MBA working as a marketing executive in a bank. His…

Sahil, a 29 year old businessman, lives with his wife and child in a posh…

In today’s complex, fast-paced world, all of us may have sensed a desperate need for…