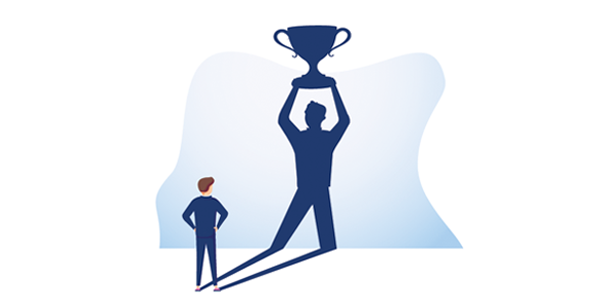 My husband Vishal Sanghvi is an MBA with one of the leading petroleum companies in India. He has achieved a lot for the age of 31 years. HE is praised everywhere for his dedication and hard work. However, I stay with him and know him very closely. He is very ambitious in his work and that creates a problem for me. He is never satisfied with whatever he has. He is craving a lot of power and one day he wants to be the CEO of a big company. Due to this, he resorts to any method of influencing people. I do not understand what is driving him when we already have enough for the two of us and for the family that we would have. Please advise regarding this situation.

Vishal is a person driven by the motivation of having power. He wants to have the ability and capacity to produce intended effects on the behavior or emotions of another person. His goals are to influence, control, cajole, persuade, lead, and charm others and to enhance his own reputation in the eyes of other people. He derives satisfaction from achieving these goals. He has an immense concern for reputation. He may have impulsive and aggressive actions in some situations. He may also have active participation in competitive sports to express his need for power. He would join organizations and want to hold an important office in these organizations. He would want to dominate women. He would also display his power need by obtaining and collecting possessions such as fancy cars, elaborate stereo sets, numerous credit cards, and the like. He would also associate with people who are not particularly popular with others and who are more easily controlled by him because they depend on him for his friendships. His career also provides him an opportunity to have an impact on other people. It would seem that he outwardly follows the rules of conventional morality but secretly uses craft and deceitful practices to maintain his power. He is prone to manipulate and exploit others in a deceptive and unscrupulous fashion. There is little warmth in his personal relationships and he is only weakly guided by conventional morality in his dealings with others, is reality-oriented, and is interested in practical results. He has little interest in ideologies. He makes and breaks interpersonal relationships in an opportunistic way, denies cheating, uses lies to manipulate other people, is very persuasive when arguing about subjects in which he is emotionally involved, is perceived by others in his group as leaders, and tends to be on the winning side most of the time.

What is the best action for Vishal?

Sonya, 23 years old, has just come back from her college, where she is pursuing…

I am Dharmesh Pathak, a 18 year old student of a diploma in electrical engineering…