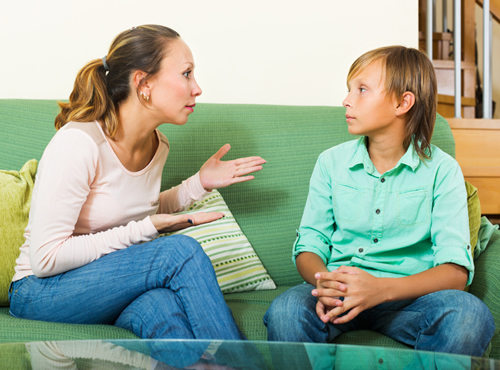 Last week we looked at Valmik’s parents who need advice regarding parent couselling. We looked at some of the fundamentals of parent-child interactions. Some more basics are narrated here.

The love that a parent has for a child is that of unreasonable sacrifices if it seems essential. They will continue to want to help him even when he is an adult, no matter what trouble he gets into and no matter how strongly they disapprove of what he has done. It brings out the difference between the kind of fondness one might feel for anyone’s child which may fade if the child disappoints seriously enough and the devotion to one’s child which persists through thick and thin as the child is the of the parents’ forever. In that sense, devotion is the most vital element in parental love. It is oversimplifying to emphasize one characteristic in your child for which you love him. Each child is a complicated collection of traits and it is the collection that the parents respond to. There is a unique mixture of traits, some of which are appealing to a parent, some are neutral in effect and some are irritating. This applies to interaction between any two individuals. If several characteristics in a person are intensely appealing to us, they tend to obscure, keep us from noticing other characteristics, which would bother us a lot in that person. In addition, vice versa, a particular irritating quality may antagonize us so much that we can’t appreciate an attractive one. However, the perception also depends on our moods, one day the quality, which is appealing, may appear to be appalling the other day. Each parent has a complex collection of responses to the characteristics of his children. So love in the sense of how much we enjoy a child’s appealing qualities, balanced against how much we are irritated by his faults is a highly individualized matter and quite variable from time to time. What are some of the roots of out positive and negative feelings? We are pleased to find in our child the qualities which our parents wanted to inculcate in us and which we proudly succeeded in acquiring to some degree. Consequently, every family’s disapproval of certain undesirable characteristics tends to be passed from generation to generation. We are apt to be upset by finding in our children disapproved qualities or habits which we ourselves had when we were growing up. This is the system – the parents’ feelings of approval or disapproval – that nature and society have always counted on to foster the desirable traits and suppress the undesirable ones. The goal of each parent is then, to somehow be able to even out their feelings, think fondly about their child, give attention, manage to show patience and disapproval and if this does not happen, they feel unworthy or guilty assuming that this surely indicates some fundamental deficiency in their love. This is an incorrect oversimplification: it only further complicates their relationship with their children. Chronic impatience with some one characteristic in a child can also be traced occasionally to a similar characteristic in the parent himself, and to all the trouble, the parent had with it. Though the parent may have grown out of it, he may still remember the shame and misery of the characteristic. It is as if the distressing problem which he thought he had finally solved were coming back to haunt him again. One might think that a problem or trait, which a parent had largely overcome in him, could be easily coped with in his child. Sometimes. However, often the parent finds that he cannot help the child at all. In fact, he may without realizing it be contributing to the difficulty despite his efforts. He may be reacting so impatiently to the signs in his child that he arouses antagonism instead of cooperation. There also might be traces of the old trait left. When parents say that there are times when everything that their child does or says provokes them one wonders that a child cannot become that obnoxious all by himself: he must have learned what irritates his parents most and also that they do not feel free to stop him. To the parents who suddenly realize that they have been permitting a child to be constantly provocative, the answer is to become constantly harsh with him or at least constantly disapproving. Both these situations means that the parents are still letting him go too far and then cannot help feeling resentful.

I am Vaishali Mehta, a 28 year old housewife. My husband Jaimin is a cotton…

I am Rahul Shekhraj, a 28-year-old chartered accountant. My wife Radha works for a credit…