I am Raghuvir Sharma, a 20-year-old commerce graduate. I have noticed that in our college, there is a lot of joking going around and most of them are obscene jokes. What is surprising is that many people are responding to this jokes, enjoying them and creating an impression of certain people who tell this jokes as being very intelligent. I find this quite amusing as the popularity is gained even though there is no development of the person or any potential. I, too, enjoy this jokes, but I want to understand the purpose and mystery of our pleasure at something so non-progressive and trifle.

Jokes have probably not received nearly as much consideration as they deserve in view of the part they play in our life. When the ugliness of life is concealed, jokes uncover it in the light of a comic way of looking at that thing; if something is noticed only a little or scarcely at all, jokes bring it out clearly, openly and obviously. Judgments that we make help us illuminate our thoughts and help us reflect on the images in our mind and clarify them. Jokes are also judgment with a comic contrast. Freedom produces jokes and jokes produce freedom. Joking is merely playing with ideas. 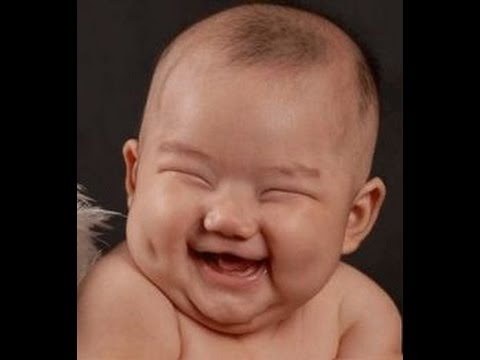 There is a sense in nonsense, bewilderment and illumination. Usually, contrasting ideas are connected or linked in jokes. Jokes attach a sense to a remark that logically does not have any. We discuss truth in it, which nevertheless, according to the laws of experience or our general habits of thought, we cannot find in it. There is exaggeration beyond the true contents. There is also the transitory nature of jokes. Jokes generally have too few words – that is, in words that are insufficient by strict logic or by common modes of thoughts and speech. It may even actually say what it has to say by not saying it. Jokes also bring forward something that is concealed or hidden.

A new joke acts almost like an event of universal interest; it is passed from one person to another like the news of the latest victory. Jokes have a peculiar form of expression to grasp what is the intimate relation to the essence of the joke, since, if is replaced by something else, the character and effect of the joke disappear. The best jokes are those that are an envelope for thoughts of the greatest substance. Our enjoyment of a joke is based on a combined impression of its substance and of its effectiveness as a joke and that we let ourselves be deceived by the one factor over the amount of the other.

The kernel of the thought is far more valuable than the joking envelope to which we unjustifiably extend our appreciation. It is the aptness and truth of the thought that tricks us into calling the whole sentence a brilliant joke – where as only the thought may be brilliant and the joke’s achievement is often feeble. Sometimes jokes not only denote problems but solutions to problems too. The form in which a joke is made has the only purpose of evoking pleasure and enjoyment. This is true for innocent jokes.

There are hostile jokes – whose aim is to serve the purpose of aggressiveness, satire or defense and there are obscene jokes whose aim is to serve the purpose of exposure. For obscene jokes, the tolerance comes because of the very nature of the joke. There is an allusion – replacement by something small, something remotely connected, which the hearer reconstructs in his imagination into a complete and straightforward obscenity. The greater the discrepancy between what is given directly in the form of joke and what it necessary calls up in the hearer, the more refined becomes the joke and the higher, too, it may venture to climb into good society.

Jokes thus, are intended to satisfy those desires – lustful or hostile in the face of the obstacles that stand in its way. These obstacles standing in the way are nothing but the incapacity to tolerate undisguised sexuality or aggression, an incapacity correspondingly increased with a rise in the educational and social level. They circumvent the obstacle and in that way draw pleasure from a source which the obstacle had made inaccessible.

It is often noted that when opposite sexes mingle, the purpose of jokes is the exploration of sexual desires and to elicit a response through a non-threatening method. The very process of being able to think in this manner elicits popularity as it shows openness and acceptance of desires although in an acceptable manner.

Please give some tips for memory improvement.   If one works at it, an incredible…

I am Nandini Singh, a 26 year-old journalist. My husband Vikram, an chartered accountant has…