I am Vidya Sathware, a 21 year old student of management. I am very interested in creative thinking processes. I find that my studies do not offer me much in the form of creativity. I would like to find out more about the processes of creative thinking from the point of view of psychology. 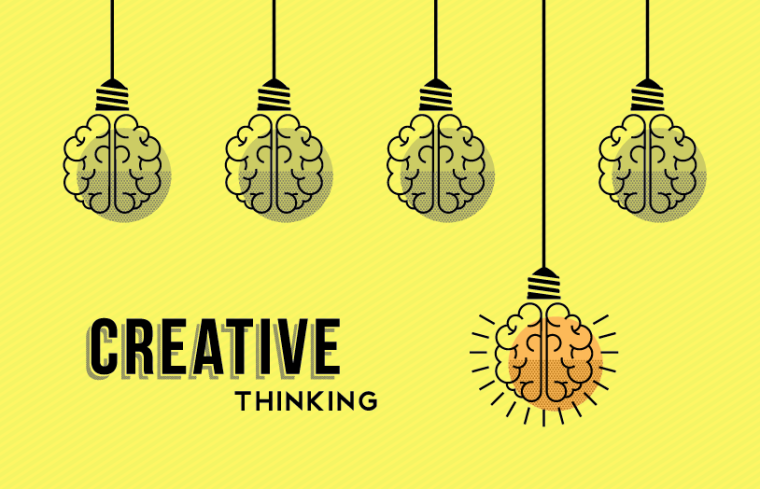 Creativity requires special talents in some or the other field. Although creative people are generally high in intellectual ability as measured by intelligence tests, they may not be necessarily in the highest brackets measured by these tests. The abilities that they have can be used in the search for new ideas. And while many creative thoughts come as sudden insights, such “flashes” are more likely after hard thinking about a problem; so diligence and strong motivation to work at solving problems are characteristic of creative thinkers. People who think creatively seem to have some personality features in common. They prefer complexity and some degree of apparent balance in phenomena. They are more complex psychologically and have greater personal scope. They are more independent in their judgment. They are more self-assertive and dominant. They reject suppression as a mechanism of impulse control.

They forbid themselves fewer thoughts, dislike policing themselves or others, and are disposed to entertain impulses and ideas that are commonly taboo. They are high on a personality dimension called as origence  in which they resist conventional approaches that have been determined by others and would rather do his or her own thing even if it is unpopular or seems rebellious or nonconforming. Such a person is more interested in artistic, literary, and aesthetic matters that do not have a correct answer agreed upon by consensus and that allow a  more individualized interpretation and expression.

In preparation, the thinker formulates the problem and collects facts and materials considered necessary for the new solution. Very frequently, it is found that the problem cannot be solved after days, weeks, or months of concentrated effort.

Failing to solve the problem, the thinker either deliberately or involuntarily turns away from it, initiating the next stage, incubation. During this phase, some of the ideas that were interfering with the solution tend to fade. In addition, the creative thinker may have experiences that although not realized at that time, provide clues to the solution. The unconscious thought processes involved in creative thinking are also at work during this period of incubation.

If the thinker is lucky, stage 3, illumination, occurs with its ‘aha’ insight experience; an idea for the solution suddenly wells up into consciousness. Sometimes a fortuitous environmental circumstance triggers the creative solution. Many creative people have reported that after conscious thought has failed them, insight suddenly appears when they are doing something completely unrelated to the problem. However, insights do not appear out of nowhere, they blossom in fields which have been thoroughly prepared by study of the various aspects of the problem.

Next, in stage 4, evaluation, the apparent solution is tested to see if it satisfactorily solves the problem. Frequently, the insight turns out to be unsatisfactory, and the thinker is back at the beginning of the creative process. In other cases, the insight is generally satisfactory but needs some modification or the solution of minor problems to be a really good new idea. Thus stage 5, revision is reached.

Creative thinking in arts and sciences seems to involve a considerable amount of unconscious rearrangement of symbols. Creative scientists think about their own discoveries and those of others, inventing new ways of studying nature and new theories to tie the discoveries together.

Unlike ordinary solutions to problems, creative solutions are solutions that people have not thought of before. The product of creative thinking may be a new and unique way of conceptualizing the world around us. The creative thinker may use autistic thinking – the drift into thoughts which have a personal meaning in life. Here some useful ideas that would have been missed by concentrating strictly on the problems may occur.

The thinker may also use convergent thinking – gathering data with a particular solution in mind or the thinker may use divergent thinking – having many varied thoughts about a single situation. Using these three mechanisms the thinker tries to arrive at a solution not previously thought of by somebody else. In this way creative thinking is to create something new under the sun and to have an impact on others in way that the expression of the inner self is done in new ways.

I am Raghuvir Sharma, a 20-year-old commerce graduate. I have noticed that in our college,…