I am Vaishali Mehta, a 28 year old housewife. My husband Jaimin is a cotton merchant. I feel from his general behaviour in the house and with the family members that he is not normal. He refuses to accept that and seek any help. How do we arrive at the conclusion about whether he needs help or not? Please delineate as to how a person can be called abnormal or not. 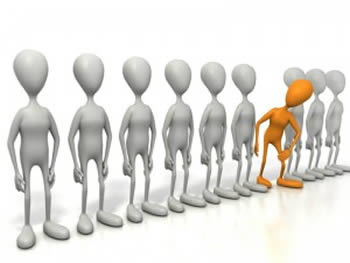 Whether a person’s functioning is abnormal and whether a person has a psychological disorder can be a complex process that involves weighing several factors like the social context, distress in others, subjective distress of the individual, degree of intensity and the impairment in adaptation. Very few behaviours are inherently abnormal. Abnormality must be judged in the context of a particular social situation. Alone at home, you may safely wear nothing, sing in front of your mirror and shout loudly but if you try this in your college or at work, your behaviour will be considered abnormal. Try it repeatedly, and people will suggest that you seek professional help – not because of your behaviour alone but because you have chosen inappropriate times and places to display it.

Sometimes there are cultural differences in the ways that behaviours are displayed, a behaviour acceptable in one culture (women sitting alone at a bar and drinking alcohol in the West) may be viewed with distaste in another culture (the same behaviour in India). Many theoreticians have argued that social context should be the centerpiece of our thinking about abnormal behaviour. People labeled mentally ill are not so much “sick” as they are different – they deviate from the accepted social norms. Though these norms are unwritten, they are understood intuitively and taken for granted by most of the people in the society. For e.g. there are unwritten rules about how loudly one should speak and how close one person’s face should be to another person’s face when carrying on a conversation. When people violate these rules by speaking too loudly or too softly or by getting too close, they risk being seen as abnormal and possibly psychologically disordered.

People with little social power – people from low socioeconomic levels, for instance – are especially likely to be labeled abnormal or mentally ill if they violate norms. People with greater social power are more likely to be considered eccentric. Deviance from social norms may be risky in part because it causes discomfort and distress in others. People who walk the streets looking dirty, making bizarre body movements, shouting at strangers, or telling loud stories are especially likely to labeled mentally ill. Likewise family members whose poor judgment puts them on the brink of squandering the family wealth tend to receive quick attention. If the person himself feels dissatisfied, sad, anxious or lethargic, has physical complaints such as headaches or palpitations or unwanted thoughts and impulses, then they may feel that something is wrong.

Problems that do not seem major to an outside observer can overwhelm certain people. Of course the absence of subjective distress if you are hurting others is also a deviant behaviour. The degree of intensity of certain behaviours also helps determine how abnormal they are judged to be. For e.g. all of us are nervous or anxious at times, but people are judged to be disturbed because their anxiety is intense, persistent and handicapping. Behaviour that is extremely overdone or underdone may be considered abnormal. For e.g. some people are so overwhelmed with guilt over minor infarctions that they cannot cope with the ordinary demands of living. Socially, some people are so dependent that they cannot function alone; others show an abnormal lack of interest in social relationships. The ancients advised moderation in all things. Behaviour that violates this ancient precept – behaviour that has gone too far or not far enough – may deviate significantly from social norms and thus be judged abnormal. Some behaviours are considered abnormal because they pose a threat to adaptation – meeting the performance requirements or role demands of one’s situation. Adults who withdraw into a private fantasy world may find it difficult to meet the role demands of their job. Any two people might well disagree about which behaviour represents a serious violation of social norms, which behaviour is too excessive to be normal and so on. Further more no single factor would be an adequate basis for judgment in all cases. Therefore many people disagree about what constitutes an abnormality or psychological disorder.

I am Rajvi Sharma, a 42 year old mother of twin daughters aged 16 years.…

I am Vidya Sathware, a 21 year old student of management. I am very interested…

I am Gayatri Patil, a 24-year-old school teacher. My husband Suresh often cites me as…