I am Sandeep Bhatt, a 23-year-old cloth businessman. You had talked about the usefulness of jokes in our life and particularly about the jokes that have a sexual tone to them in disguise. I wish to draw attention to the jokes which are not meant as exploration and expression of desires but rather jokes that hurt and are meant to be offensive; be it political or personal. What is the use of these jokes? Please expand.

Since many centuries, hostile impulses that we have towards our fellow men have been subject to restrictions. We can disregard them in relation to foreign people, but within our own circle, we have to handle our hostility in different ways. Brutal hostility has been replaced by verbal invective. We, due to our capacity of intellectual understanding, are being robbed of our capacity of getting angry with fellow men who gets in our way. Though as children we are endowed with a powerful hostility, we are taught later by a higher personal civilization that it is unworthy thing to use abusive language.

Since we have been obliged to renounce the expression of hostility by deeds, we have developed a new technique of invective, which aims at making our enemy small, inferior, despicable or comic, we achieve in a roundabout way the enjoyment of overcoming him. A joke will allow us to exploit something ridiculous in our enemy which we could not, on account of obstacles in the way, bring forward openly. It also bribes the hearers of our joke to take sides with us without close investigation and overestimates the substance of a statement expressed jokingly. In a high position, it is very difficult to give a judgment which is very hostile except for in a joking form.

Educated people have broken themselves of the habit of laughing at coarseness, but that is not so for some schoolboys and the common people. So a joke is an ingenious invention for the grown-up and sensitive people to laugh like schoolboys. Sometimes, one cannot retort in an aggressive to an insult because the revenge must be purchased at the price of one’s whole existence. The insult must therefore, it would seem, be swallowed in silence. But fortunately a joke shows the way in which the insult may be safely avenged. The rejoinder is especially favoured in order to make aggressiveness or criticism possible against persons in exalted positions who claim to exercise authority. The joke then represents a rebellion against that authority, a liberation from its pressure. The charm of caricatures lies in this same factor; we laugh at them even if they are unsuccessful simply because we count rebellion against authority as a merit.

Thus hostile jokes are very suitable for attacks on the great, the dignified and the mighty, who are protected by external circumstances from direct disparagement. The object of the joke’s attack may equally well be institutions, people in their capacity as vehicles of institutions, dogmas of morality or religion, views of life which enjoy so much respect that objections to them can only be made under the mask of a joke. What the jokes whisper may be said aloud – that the wishes and desires of all men have a right to make themselves acceptable alongside of exacting and ruthless morality. This morality is a only a selfish regulation laid down by the few who are rich and powerful and who can satisfy their wishes at any time without any postponement. 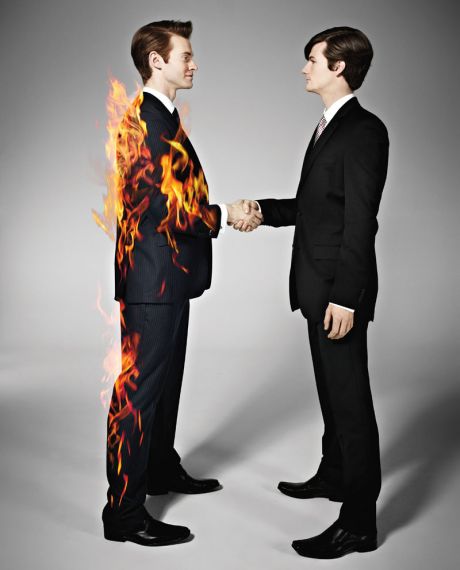 It is impossible to stifle the voice within us that rebels against the demands of morality. It is very difficult to continue so many unfulfilled demands and that is why there are the cynical jokes. Many times the joke is directed against the person making the joke, or to put it differently, against someone in whom the person has a share – like a nation. The occurrence of self-criticism as a determinant may explain how it is that a number of most apt jokes have grown up for particular communities. These are stories created by that communities and directed against that particular community. They have a role in sceptisim and are known as skeptical jokes. They are attacking not a person or an institution but the certainty of our knowledge itself, one of our speculative possessions. Is it the truth if we describe things as they are without troubling to consider how our hearer will understand what we say? Or is this only Jesuitical truth?

I am Vaishali Mehta, a 28 year old housewife. My husband Jaimin is a cotton…

I am Rajnish Yadav, a 26-year-old construction engineer. I am so much engaged in my…