I am Shalini Singh, a 37-year-old housewife. My husband Shirish, 42 years old, a car dealer drinks alcohol every day. He started drinking before our marriage, at that time, it was only a social drink on festivities and occasions. Then it increased gradually to drinking with friends, going out to vacations with the prime intention of drinking and since the past few years, it has started to happen at home. He has a drink or two before sleep every day. Sometimes, he also has a little more alcohol and loses control of himself. He becomes extremely gregarious and often embarrasses me. The funny thing is that he does not remember any of this the next morning and so I cannot even discuss it with him. He is not willing to accept that alcohol may be detrimental to his health. We have two children aged 10 and 5 and I am worried about what would happen to them if something happens to my husband. Can you discuss the possible effects of alcoholism in this column? About 70 % of men have had a drink at sometime in their life. Many factors affect the decision to drink. Alcohol has been used to reduce tension, increase the feelings of power and decrease the effects of psychological pain. For some people alcohol decreases their feelings of nervousness and helps them cope with the day-to-day stresses of life. In a tense social setting, it can be associated with an enhanced feeling of well-being and an improved ease of interactions. However, heavy drinking is associated with increased nervousness and tension. The myth is that alcohol increases sexual potency. The fact is that it may cause retarded ejaculation on prolonged use.

Some people use alcohol to deal with harsh and punitive self-attitudes. It is not surprising that a large proportion of these people have alcohol-related problems at sometime in their lives. Alcohol intoxication is capable of causing irritability, violent behavior and feelings of depression. Sudden abstinence may also cause withdrawal symptoms of sleeplessness and anxiety. Although alcohol in the quantity of one-two drinks per day is considered beneficial rather than harmful, overall the effects of the drinks on the body is harmful. Intake in large quantities increases the cholesterol levels, increases the blood pressure and increases the risk of heart diseases.

The gastrointestinal system is also affected. There could be acidity, vomiting, ulcers, fatty liver, cirrhosis and liver failure. It can also cause irreversible damage to the pancreas and cause diabetes. It also decreases the ability of the body to fight infection and contributes to the causation of cancers. Alcohol also affects the nervous system to a large extent. One of the common effects (that your husband also seems to suffer from) is a blackout. It indicates memory impairment for the period of time when he was drinking heavily, but remained awake. It also leads to sleep fragmentation so the person sleeps quickly but sleep is disturbed during the course of the night. Alcohol also affects the nerve functioning leading to numbness of the hands and feet and tingling sensations.

There may be unsteadiness in walking under the effects of alcohol. Prolonged alcohol use can lead to permanent memory impairment. It can affect mood leading to severe depression. About 67 % of males who commit suicide suffer from alcoholism. Alcohol intake can also cause severe anxiety problems and panic. Overall, it may cause a shortening of the life span by 10-15 years. For many people, alcohol use takes the same course as in your husband’s case. It starts with a social drink and then proceeds to solitary drinking. The situation has to be seriously addressed when one drinks not for medical benefit, not for company but needs alcohol when alone and in the morning. There is an escalation of alcohol intake, accumulation of a set of problems and crises.

Sometimes alcohol is abandoned for the use of other drugs, which give a more “high”. Cocaine, opium and cannabis may also be used concomitantly with alcohol. Many people use temporary abstinence and controlled drinking to convince themselves that alcohol is not a problem but this cessation soon gives way to old ways of drinking. The exception has been known who in response to some nonspecific events or crisis promises to abstain and stays dry forever. A general life stability, job, continuing family contacts and the absence of legal problems bodes well for abstinence. The best predictors are the level of motivation and social support systems. Firstly, you have to confront your husband with his problem with alcohol. He has to break through the denial of his problem and recognize the adverse consequences of his drinking. It involves convincing him that he is responsible for his own actions and that alcohol has created significant life impairments. It is the level of persistence rather than exceptional skills that get the results. A single intervention is rarely enough. Most alcoholic persons need a series of reminders of how alcohol contributed to each developing crisis before they seriously consider abstinence as a long-term option. The family must also not learn to protect him from the problems caused by alcohol otherwise he may not be able to gather the energy and the motivation necessary to stop drinking. 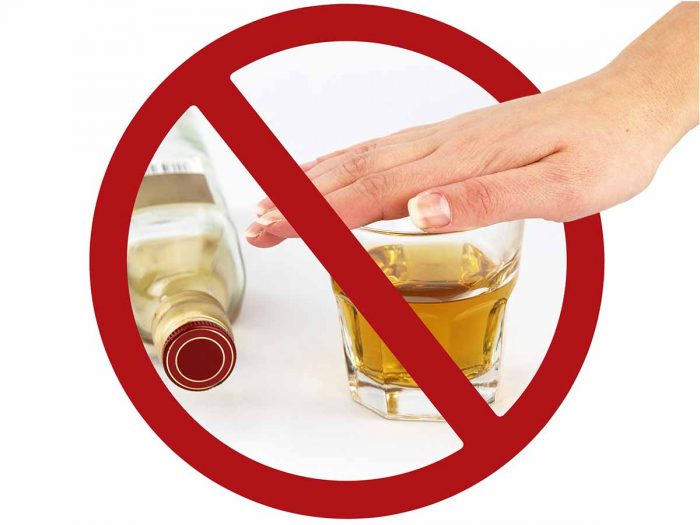 If you get past this stage, you may need to address the effects of alcohol withdrawal. In the absence of a serious medical disorder, the withdrawal may be like a mild flu. Offer rest, adequate nutrition and vitamin supplements. The next part is to rehabilitate him. It includes continued efforts to increase and maintain high levels of motivation for abstinence, readjust to a life-style free of alcohol and to prevent a relapse. He can even take the help of counseling in the initial period to focus on day-to-day life issues and enhance his level of functioning. It includes planning social and recreational events without drinking. Medicines have also been used to help stay dry – disulfiram, naltrexone and acamprosate. In this way, there are many interventions that you could possibly put in to help your husband.

I am Radhika Mahipal, a 30-year-old executive director of a bank. My husband Nikhil, 32…

I am Jignesh Mehta, a 32 year old businessman. My son Sunil, 5 years old…